3 biggest challenges that homebuyers face in 2016 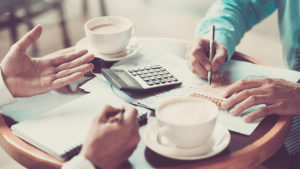 A survey conducted by the National Association of Exclusive Buyer Agents sheds lights on the 2016 housing market as perceived in the eyes of homebuyers and the agents representing them.

The March 2016 report is a compilation of anecdotal insights (revealed anonymously) from association members nationwide who weighed in on their experiences, the obstacles they currently face and their vision for what’s shaping up to be a highly competitive market — advantage, sellers.

Survey results highlight the 3 biggest challenges that homebuyers face in 2016 consistently reported by buyer agents across the country:

“Hard to find a house, and when they do they may have to fight for it,” another noted. “Getting a down payment and having money for your own closing costs will be a huge advantage.”

A respondent in the Washington, D.C., metro area described an environment driven by multiple-contract offerings, making it difficult even for active searchers to secure the right home.

In some markets, entry-level homebuyers may be getting hit the hardest. A survey participant in Northern California noted that homes within the region’s lower level price points ($500,000 to $750,000) are seeing multiple offers and sales over asking prices, whereas mid-range homes that are one step up seem to be reaching a better state of equilibrium, with property values and the total number of buyers compressing.

Inventory appears to be particularly tight in New England, where “mechanicals, wells and septics continue to age.”

Will builders help to fill the void? Buyer agents say it’s possible that new construction could contribute to easing some of the market’s instability, but some are questioning the quality of the finished products.

Prices on the rise

It’s rare for buyer agents in this market to find the great deals of yesteryear, a reflection of the economic recovery and post-housing crisis era. Some agents, however, are seeing first-time buyers priced out of the market entirely or squeezed out into the inventory edges.
“We expect a slow and steady rise in home prices as the spring kicks into full swing,” one respondent said.

“I think it will be a lot like 2015 and 2014,” another wrote. “Ups and downs constantly with activity with prices gradually increasing and when the whole year is reviewed, a slight step upward and forward … but forward.”

Many survey respondents expressed concern over the country’s general social unrest and polarizing atmosphere, citing turmoil in the Middle East, a volatile political season and people pausing their moving plans until after the election.

“Honestly, with what is going on with the political campaigns, I’m not sure what the rest of 2016 will bring for real estate buyers,” an association member said. “I’ve had a slowdown in inquiries and am wondering if people are waiting to see where this country is going before making a decision to buy or move.

“The buyers I am working with seem more hesitant and uncertain, without sharing what is making them so. Since I never discuss politics with buyer clients, and won’t start now, I can only conjecture.”

And with interest rates as low as they are, one survey participant foresees 2016 as the “year of regret” for homebuyers:

“Meaning would-be buyers will look back on 2016 and think, ‘if I had only bought that house or piece of property.’ They will bemoan the higher interest rates and the steeper prices. This year is likely the end of the window of opportunity that has existed for the past half dozen years. One that won’t likely repeat itself in most of our lifetimes.”

5 Reasons to Sell Your Home This Fall

6 Issues That Could Hinder Your Home Sale