Mortgage Rates on the Rise After 2016 Election 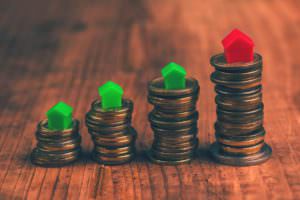 It’s only been eight weeks since we’ve elected a new President of the United States, but the country is already seeing the impact of the election results in the housing market. Mortgage interest rates were rising at a steady but slow rate before the election, but now that there is a declared winner, interest rates have jumped half a point in half the time.

The Impact on Home Buyers

So, how will higher interest rates impact home buyers? Well for those that already own a home with a locked in rate, it won’t affect them at all. However, for those that are actively house hunting with a pre-approval dating back before the election, it’s best to contact your mortgage broker and obtain a new, updated rate. Now that interest rates are higher and on the rise, your payment will be higher as well, meaning you won’t be able to afford quite as much as you could before rates increased.

Despite the increase in mortgage interest rates, this is still a great time to buy. Mortgage rates are still historically low and will be lower now than next year.

The Impact on Sellers

Contrary to what most people believe, mortgage interest rates do affect sellers as well as home buyers. The lower the rates, the more money the buyer can afford to spend.

This recent spike in rates negatively impacts affordability, which will likely dissuade most buyers from spending more than their allocated budget. This isn’t exactly a seller’s market, but you will still be able to find your ideal buyer if you’re selling your home this fall.

The housing market is still strong despite the increase in interest rates. The low inventory of houses helps the market stay healthy, and when interest rates spike as they have in recent weeks, it usually means that they will taper off soon. However, the rates aren’t guaranteed to drop again anytime soon either.

If you’re planning on buying or selling a home and aren’t sure how the increase in mortgage interest rates affects you, contact the Keri Shull Team today to learn more. Work with the best real estate team in the DMV to ensure you understand your budget and get the most for your home.